Why She Was Never in Playboy 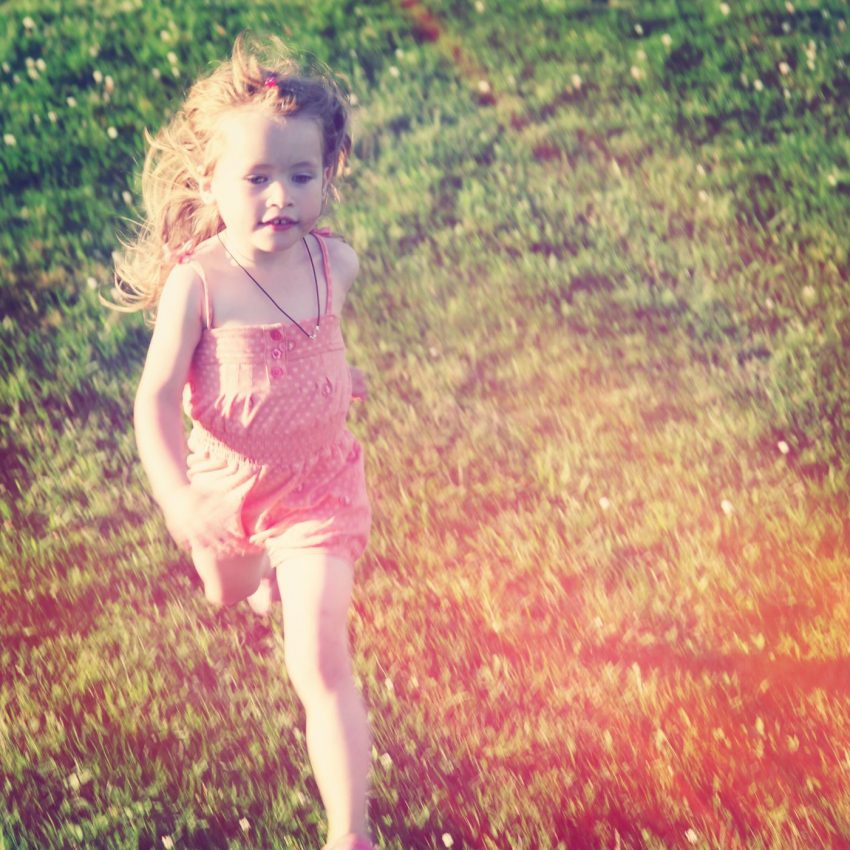 A story about a girl, two boys, and Playboy…

I was five years old when I wandered across the street by my family’s house and along the next block. My mother had warned me never to cross the street, though the cat often went that way. He could be seen sauntering atop a low stone wall before vanishing into the tunnel that I imagined led from our neighborhood to another world. I wanted to go through the tunnel, too. My brother passed through it every morning on the way to school, and so far nothing had happened to him. He always came back: so would I. Moreover, my mother was napping as usual and would never know.

There was no fence, no gate, no boundary other than my mother’s command. Her words rose in a crescendo as I approached the curb; they faded as I stepped off. There were no cars in the street; nothing was moving. I paused. My mother’s warning had no clear meaning. I made my way to the foreign shore with no more glancing back.

I went along the low stone wall, heading for the corner. There the street began a descent. Soon the stone wall ended, replaced by bushes and tree roots and looming cars by the curb. Looking up, I saw houses on top of the slope. They seemed very far away.

Halfway down the block was a steep yard planted with ivy. A few days before, my mother had taken me by the yard. Pausing, she’d commented, “That’s very grand,” in a tone that had made me look closely, feeling the presence of the ivy, the slope, and the faraway house. It was her tone for things she wanted but—as I’d begun to grasp—would never have. She’d been speaking to herself as her glance moved up the slope to the stone house.

Now the shaded slope rose before me. I looked around and, seeing the empty street, grabbed a handful of ivy and began climbing toward the house.

The day was warm. I was wearing shorts; dresses posed problems, even then—flying up on windy days and when I ran. Running was fun, though what I really wanted was to be a monkey and swing through the trees. I dreamed of getting away from something, not knowing what there was to get away from.

With much effort, I reached the top. The street was far below; looking down, I knew why I’d climbed so far. Though I couldn’t swing through the trees, I could run.

As though rehearsing my future, I plunged down the slope. Caught in the momentum, I toppled, dragging my knee through the ivy. Leaning over, I saw a raw and bloody scrape, a loud stigmata that must be concealed from my mother—but she was no longer napping. I could hear her shouting for me from the corner.

She spotted the mess as soon as I approached.

“Where have you been?” she scowled. Then she grasped my hand, pulling me along as we crossed the street.

She cleaned up my knee. I felt strangely proud of my adventure—the mark of independence. Soon my mother was making dinner, then my father came home. Later my mother would tell me a story, and I’d go to sleep.

The scrape was a bad one, but a scab formed.

A few days later, I was sitting on the front steps of our house with my brother and another boy. They were older—first graders sharing reading lessons and baseball cards. They met every morning in an unfathomable place away from the house, and every afternoon as my mother was napping, my brother would burst through the door with news of the great world beyond the “STOP” sign on the corner.

Now I had been there, too. My scab was a sign. I was glancing at it, remembering the thrill of crossing the street and climbing through ivy, the out-of-control momentum just before I fell, when my brother leaned closer, eyeing my knee. For a moment I thought he must be admiring the stigmata. Stunned by a sudden knowledge of the world, I looked up, but he was smirking.

“You can’t be in Playboy when you grow up,” he remarked.

The other boy nodded.

“You have a scar,” my brother added, sagely.

“That means you’re not perfect. You can’t be in Playboy.”

Playboy seemed to be one of the many secrets the boys learned in school. Those secrets were not why they went to school, they were not lessons—they were more important than lessons. That was clear from my brother’s fierce determination to keep them from my mother as well as from me. Not even my father had such closely guarded secrets, though he spent longer days away from the house, while saying less about where he went. I had no thought of asking where he went, or why: that was for my mother to do. Her outings to the grocery store were more my concern; she brought home food and sometimes dragged me along. Despite the trappings of importance that clung to my father’s absences, he brought home only himself.

My brother shushed him.

“And you’re a girl,” Anthony went on, peering at me. “Girls don’t get to look at Playboy.”

“Because they’re in it. They put photos of themselves in it. Then the boys get to look.”

My brother and Anthony wanted me to go away, but it seemed there was no general consensus. “Why can’t I put my photo in Playboy?”

“I can cover the scar. No one will know.”

My brother was shaking his head. “Nope. If you want to be in Playboy, you have to take your clothes off.”

“Same as you—they’re not perfect.”

“You should’ve thought of that before you scraped your knee,” my brother concluded.

The afternoon was growing late. My mother opened the screen door. She wanted us to come in and Anthony to go home. She was not fond of Anthony, but he was close by, an easy playmate for my brother. She could hear the boys from her bedroom, and she often had me play with them while she was napping. As long as we were not loud or squabbling, she was not bothered by whatever we were doing. She regarded Anthony as a source of bad ideas, but bad ideas were seemingly everywhere. If my brother hadn’t learned them from Anthony, he would have learned them from another boy. Anthony represented a general flaw in the world that she’d been hoping to keep at bay, but now that was impossible.

My mother had been upset by my scraped knee; she and my brother agreed about that. But was it because of Playboy—because I’d damaged my chances?

Anthony ran around the corner and was gone. He’d brought something exciting; I was sorry to see him go. My mother closed the door.

“Does Anthony have Playboy at home?” she asked.

My brother made no response. He was separating baseball cards, tossing some aside.

“Then where has he heard of it?”

“Anthony knows him. He’s in another class.”

“Have you and Anthony seen Playboy?”

“How about the other boy?”

My brother held up a card. “He wants to trade.”

“Maybe there are boys from your class who trade cards. Have you asked?”

My brother waved the card eagerly. “Look who I got today—Carl Yastrzemski!”

My mother paused, shifting gears. “Carl who? How do you spell it?”

We heard the front door close. My father was home.

“I got Carl Yastrzemski!” my brother shouted.

My father stepped into the room. He was wearing a dark coat and carrying a leather case under one arm.

“Let’s see,” he said, taking the card. He turned it over, examining the back, then handed it back. “Who’d you trade for it?”

My mother brought home packages of cards from the supermarket, but my brother’s real goal was trading bad players for good ones. He would group them according to a secret formula conveyed through numbers on the back of the cards, or maybe by something in the player’s photograph. He kept the good players in scrupulous order, refusing to let me touch those cards, though I could look through the bad ones as he tossed them contemptuously aside. The following day he would take the bad players to school and trade them to other boys. Somehow there were always boys who would trade away Carl Yastrzemski or Mickey Mantle for one of the losers.

I could get my own cards and trade them, too. But I would not trade with my brother; he would dump too many bad ones on me. Maybe I would trade with Anthony.

My father set the leather case on the table and began loosening his tie. “Who traded you Yastrzemski?” he asked.

“Jimmy. He’s in another class.”

“No, Jimmy. Anthony’s not that dumb.”

“Anthony’s nowhere near as dumb as we thought,” my mother remarked. “He knows about Playboy.”

“He was regaling your daughter today. Now she knows about it, too.”

My brother was examining the back of the card. “Point-two-nine-six. That’s good, isn’t it?”

“Then what were you doing?”

“No more going to Anthony’s house.” My father was not angry, but the tone was cold and unbending. Anthony was my brother’s only neighborhood friend—even I had been to his house. I looked down at my injured knee, wondering how it had become the source of so much trouble.

“Leave that scab alone,” my mother commanded. I was not even touching it.

“Why in the world would you want to be?” my mother cried.

“You heard your father!”

I love it -especially the knee- and you may recall the “Girls of the Ivy League” Playboy issue.

Loved your narrative voice here, Sarah. As with Playground Zero, you have led us to discovery with your uncanny ability to use a child’s voice to present the most ironic complexities. Thanks!