A story about girlhood in a time of social change

About the Book Buy BookRead ExcerptReviewsTrailer 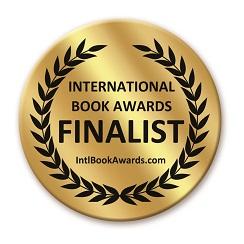 It’s the season of siren songs and loosened bonds―as well as war, campaign slogans, and assassination. At the height of the Vietnam War protests, Washington lawyer Tom Rayson uproots his family for the freewheeling city of Berkeley. While Tom pursues a romance with a sexy colleague in the Marin County woods, Marian joins a peace party that’s running a Black Panther for president and meets the Berkeley revolution. But for young Alice, her parents’ liberating forays become a blind leap in a city marked by beauty and social change―and for a girl, that’s no Summer of Love.

Feeling estranged from her family, Alice falls in with Jim and Valerie Dupres, whose dad is selling jeans and making revolution. Jim and Valerie learn the ropes on Telegraph Avenue, cadging meals at a nearby communal house and camping out in People’s Park. Soon they’re confronting National Guardsmen. As family and school fade away in a tear-gas fog, Alice feels an ambiguous freedom. Caught up in a rebellion that feels equally compelling and absurd, Alice could become a casualty, or she could defy the odds and become her own person. One thing is sure: there’s no going back.

Buy at Amazon - all regions

What they're saying about

Once the cadence of the story beats into the reader’s blood, it is hard to put the book down.

— Tami Richards at Touched by Ink

This intense retrospective on people yanked out of the strait-laced Fifties and tossed into a culture of anything goes will appeal to readers wanting to learn more about Berkeley’s days of rage.

Like the writing of Jodi Picoult, Sarah Relyea has the ability to build a particular drama into a compelling plot, unveiled through multiple points of view … This is a powerful, historical drama. Well constructed.

A fascinating exploration of a strange and exciting time in US history … I was totally immersed in the story as Alice grows and develops in a world in which freedom has many different outcomes.

“Playground Zero is an exceptional piece of literary fiction that puts Sarah Relyea in a league of her own. The characters are unique and authentic to the era and geography, each maneuvering through a labyrinth at a time when the United States was propelled into the sphere of real change.”

This exquisitely written novel is the anti-cliche—all is real and captivatingly true and surprising.

Like a trip through the Looking Glass, Sarah Relyea’s engrossing debut novel takes you by the hand back to the sixties, where social rules were being challenged and political upheaval was the norm. Relyea tells the absorbing story of twelve-year-old Alice and her family through a series of narrators as they each experience the kaleidoscope streets of Berkeley.

An eerily compelling déjà vu of the free, wild, and jeopardy-ridden kid scene in late-1960s Berkeley. Uncanny and powerful.