The Remaking of Postwar Identity in Wright, Beauvoir, and Baldwin

About the Book Buy Book 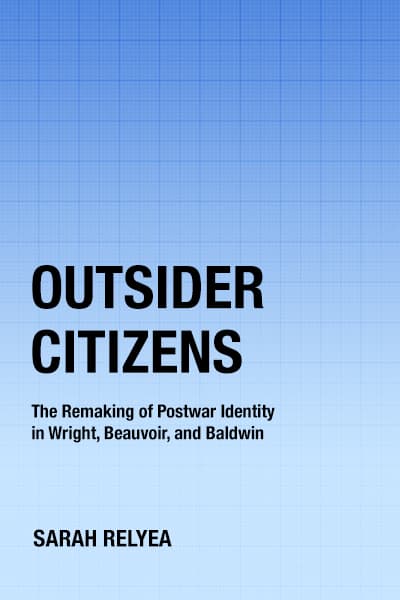 Outsider Citizens examines a foundational moment in the writing of race, gender, and sexuality—the decade after 1945, when Richard Wright, Simone de Beauvoir, and others sought to apply new ideas in philosophy and psychoanalysis to an emerging identity politics. Relyea brings together Wright and Beauvoir to reveal their shared sources and concerns.

Beginning with Wright’s groundbreaking Native Son (1940), Relyea then goes on to examine The Outsider in the context of Wright’s postwar exile in France and his engagement with existentialism and psychoanalysis. Beauvoir met Wright during her 1947 tour of America, chronicled in America Day by Day. After returning to France, she adapted American social constructionist concepts of race as one source for her analysis of gender in The Second Sex. Relyea discusses later representations of race and gender in James Baldwin’s Giovanni’s Room.