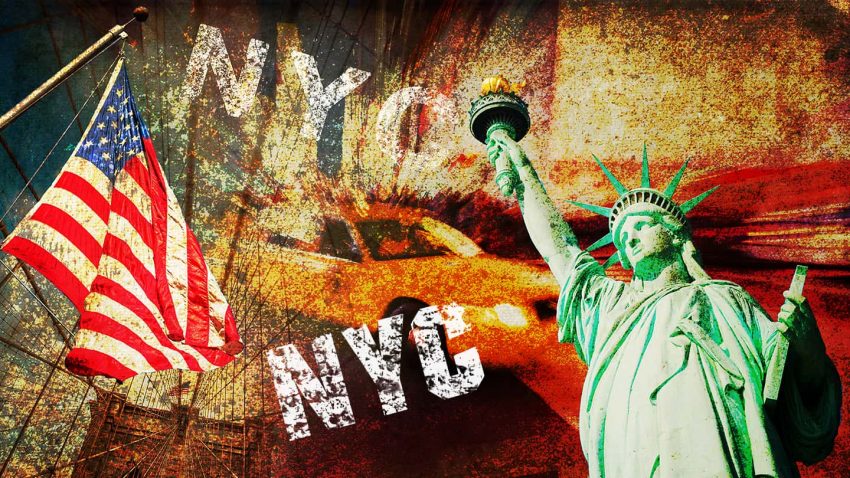 The seemingly simple plea appeared on my college class’s Facebook page: “Is this our classmate?”

As Ivy League alumni, our class often had good news to share, even after a year of pandemic. We generously posted about each other’s triumphs; high-level jobs in the new administration, research accomplishments, and major media appearances were not uncommon. In recent months, there had also been posts about our alma mater and the efforts of current faculty and students to research the university’s past connections to slavery and racism. These posts were largely informational and free of personal animus. In Facebook’s ecosystem of blaming and shaming, such an approach was rare.

Amused by the task of identifying a person I had probably not seen for decades, I brought the phone closer to my face. I peered into the postage-stamp screen; a young man peered back. For most of us, human faces are the most engaging images we encounter. It seems we’re made that way. In this case, the young man was handsome, Asian—a fresh-faced news reporter. Though his lower face was obscured by an arrow, summoning me to run the video, I sensed that he was smiling. A year of pandemic had taught me to read a person’s mood from the eyes alone.

I peered closer. Below the reporter’s face was language that began: “Go back to f****** communist China!”

The day before, a young white man in Atlanta had gunned down eight people, six of them Asian women. In the following weeks, there would be numerous other murders and beatings of Asian Americans.

Who was the classmate, and what was the news?

I touched the screen, and the story began streaming in. As the program anchor denounced “ignoramuses spewing vile hatred,” a disturbing scene unfolded on the other half of the screen. There I saw the stockinged legs and—as the camera panned up—the pale, glaring eyes of a woman seated in a car. The scene had an urban feel. The woman was white, middle-aged, and wearing a pandemic mask. Facing the camera and waggling her bejeweled forefinger, she was screaming mad—a modern-day Queen Boudica confronting her enemy. Crouched and beady-eyed, she had the look of a cornered serpent.

The woman leaned forward and struggled, attempting to close the car door but oddly powerless to do so. She moved with jerky speed; I watched her futile thrashings, feeling a growing contempt.

“You’re assaulting me!” she growled repeatedly, lurching toward the camera—toward me.

Adjusting her pandemic mask, she shot back, “Oh, isn’t that where you’re from?”

Who Is That Masked Woman?

Her face loomed close, the eyes pale and vaguely coy. For emphasis, the video replayed the moment several times, focusing my outrage on her response. With each replay, the camera zoomed in closer, transforming her into a windup doll programmed to spew bigotry. To marginalize.

The woman had been caught red-handed—but who was she?

Her face was bug-eyed above the mask. The anchor reappeared, speaking in scolding tones about the “hate” that she’d “spewed on a Manhattan street.” My city, alas. Then the woman was shown yanking a blue scarf over her face.

The scene moved on to the victims, a sweet-looking young Asian couple. The young woman recounted her ordeal—how she’d been accosted and demeaned, told to “Go back to China.” Her husband—the man heard shouting—had come to her defense and caught the ogre on camera.

I wanted to enjoy the young couple’s revenge. But I could not, for here was my classmate—the shameful white woman, the “ignoramus.”

Had I known her? Probably not—at least, not well enough to remember her. She’d been a globe-trotting New Yorker or a prep-school girl, no doubt, whereas I’d come from a public high school in California. No need to worry about her remembering me.

With a gathering sense of outrage, I returned to the Facebook post. There were few comments, and none of substance. The classmate had not been named, no judgments had been rendered. Who was she? No one would say. However, one commenter slyly referred us to further news reports. Hoping for more information, I opened the link and began reading.

Aha—there she was, named at last! I read on, overcome by a queasy sense of déjà vu.

I’d known the woman, though barely. She had a famous father. We’d brushed shoulders years ago, when I was hanging out with someone from her crowd—her freshman roommate, was it? Memory fades, but a famous man’s daughter tends to leave an impression—more so when she has an arty, theatrical style. She’d been an avant-garde dancer in those days; I’d gone with a group one evening to see her perform in a seedy pub.

During her performance, I’d thrown a beer bottle at the stage. I was not drunk. I was merely doing my own performance art. It was a comment on what I regarded as Ivy League slumming. My group was hustled out of the pub in moments—before I could learn whether my improv had impressed the famous man’s daughter.

A few weeks later, however, we’d encountered each other by happenstance in an off-campus apartment, where I’d gone on a personal errand. I’d rented a room there during the summer and needed to retrieve some stray belongings.

Having made arrangements with one of my former roommates, I went to the apartment and rang the bell. I had to ring more than once before the door was opened—by none other than the famous man’s daughter. At two o’clock on a Saturday afternoon, she was just crawling from bed; no doubt she was annoyed by my errand. Wrapped in a bathrobe and bleary from hangover, she waved me into the apartment, unconcerned with any judgment from me. The embarrassment was mine alone as she led me along the hall, turning to eye me with a blend of fatigue and cool assessment. She dropped a few remarks whose off-the-wall tenor demanded equally absurd responses. Then, observing my awkward befuddlement, she made fun of the errand that had marred her afternoon and mocked my hurry to be gone.

As she must have guessed, I needed to get back to the college library. She needed the hair of the dog.

I gathered up my meagre belongings and left. Her laughter faded as I lugged my junk down the stairs.

Even after many years, it was enough to spur me on. I opened a comment box in the Facebook post and typed in the woman’s name. Accusing her of “major attitude,” I denounced her harassment of the young couple. Then I paused, wondering why no one else from the class had named or condemned her. No matter—someone had to jump in. That’s what Facebook is for.

From Resentment to Doubt

I remembered something else. More than once, our alumni magazine had run profiles of the famous man’s daughter. They’d presented her as a principled troublemaker—a supporter of global human rights. She had no problem denouncing oppressive governments.

Go back to Communist China, anyone?

Of course that had nothing to do with the young Asian couple, except in the reptilian circuits of someone’s brain. Human psychology—what a morass. Even so, I wondered.

I wondered what she thought of the government of China. A year of pandemic had passed, and no one I knew even mentioned the Wuhan Institute of Virology as a possible source of the virus that had shut down the world. Major media glossed over the story. We’d been told that such speculation was idle and would lead to racism; everywhere I turned, the censorship was thoroughgoing. If it bothered me, how was the famous man’s daughter feeling?

I read over my comment, pausing at the phrase, “major attitude.” It smacked of undergraduate resentment. I added that the hate-spewing woman was a supporter of human rights and an anti-China activist. For what it’s worth.

I made no connections between that background and the harassment on a Manhattan street. Harassment is an ass-backwards way of supporting human rights.

My comment was soon challenged. My reference to the woman’s support for human rights was causing confusion. Okay, she had opposed human rights abuses in China—but was I claiming that such work fueled anti-Asian racism?

No, I never suggested that one behavior had caused the other—simply that the same person had apparently done both. Humans are that way; we do contradictory things—constantly.

The back-and-forth on Facebook was prompting my remorse. I already regretted my comments—more so because no one else had much to say beyond the opening query: “Is this our classmate?” Harassment was wrong; but mob shaming was also wrong—maybe even reptilian. I was beginning to feel I’d fallen into a trap.

I searched for more information about the incident. Another news source had published another version of the video—one that included footage of the young husband’s angry accusations as he confronted the accused in her taxi. The change in tone was surprising. The woman appeared calm as the young man shouted at her. She became heated only when he blocked her from closing the taxi door and leaving; that was when she waggled her bejeweled finger and cried, “You’re assaulting me!” An overstatement, no doubt, but he was shouting, cursing, and physically preventing her from leaving. Moreover, he was filming her for the purpose of shaming her, and she knew it.

But she got what she deserved!

I’d been harassed many, many times—mostly for being a woman. Much of that had occurred years ago, when I was young—before the days of smart phone cameras. There had been no recourse. I’d learned to get away from the scene as fast as possible. I’d learned that aggressors wanted me to argue, so they could escalate. For my generation, shame-filming was a whole new ballgame.

The harassment of the young Asian woman had not been caught on camera and was therefore hard to judge. I’d commented on a doctored video—one that had been cut, spliced, speeded up, and repeated to make an angry exchange seem like a woman’s crazy, off-the-wall rant.

Meanwhile, the young couple had brought formal charges with the NYPD, and the department had begun an investigation.

I was sweating. Fight or flight?

I opened the Facebook page to my comment—and deleted.

A terrific read! and complex account of how machinations of social media’s technology can distort truth and restrict our humane impulses to rally for fairness and decency. Thank you, Sarah, for telling us like it is with irony and wit in the mix.