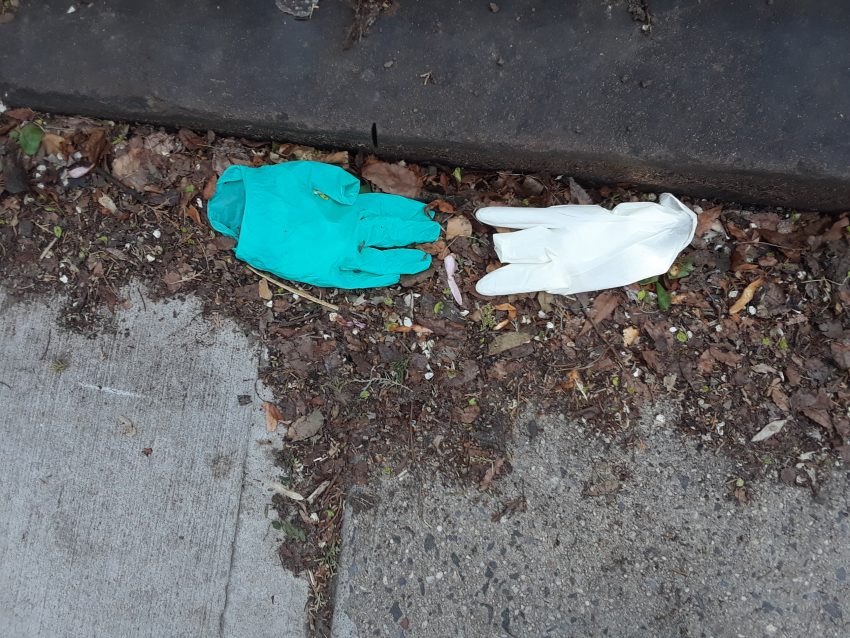 At Ground Zero, we thought we’d grown immune to danger, fear, and death. Then the pandemic struck. Eight million strong, yet we’re alone on our germ-infested streets. We rush through our errands like scavengers, cringing as we pass each other, eyeballing the enemy. Cringing from the world itself. On a pleasant city street, a woman screams at her young son, “Don’t touch anything!” and the boy backs away from the day’s new danger.

A world of objects tempts us to touch. Trees and flowers bloom with forgetfulness under the sun’s germy glow. In pandemic New York, there’s nothing left to protest, no fantasy of revenge. Only in our nightmares does the enemy creep forth from its microscopic lair and openly dare us to fight. And fight we do. Against you. Against me. Against the stranger, the neighbor, the spouse.

In the world the pandemic is making, pleasure seems careless. Joy feels reckless. Reality is dangerous, and so we’ve outsourced it. After all, reality can be manufactured more cheaply in other places. We can then import it safely and at low cost. And yet, there are hidden costs: the new digital reality has shrunk experience. The sensory world no longer speaks to us; everything is abstract, everything is information. The dance of the toggle. We’ve tamed our senses and caged them in tiny devices. We’ve made a Lenten world.

In pandemic America, I’m alarmed by the willing compliance, yet I also understand it. I’m complying, too. We’re afraid of getting sick, but we’re also afraid of making others sick. We’re no longer charmed by the carefree and the careless. We’re protecting others, and they let us know when our efforts fall short. With a flick of the hand, they inform us that we must stand back. They push us beyond that unseen six-foot barrier.

As a young woman, I was frequently approached by unfamiliar men. Most of them seemed innocuous, yet how could I be sure? And so, like many women, I learned to back them off. It was an unequal game, of course, because they had much less to fear. They were careless and pleasure-seeking, and I was clearly less so. There were days when I wondered why I was being so careful—so closed and joyless, so unspontaneous. After all, most of these people were not planning to assault me—just as today, most people aren’t going to infect me. But when we can’t identify who’s dangerous and who’s safe, we begin refusing everyone.

Now everyone’s sharing the risk. I think about what we’re forced to give up by living this way. I wonder how long it will go on.

In a world of death, all desire is dangerous, therefore illicit. Something as simple and ordinary as touching a doorknob carries a perverse frisson—as we venture forth, seeking the world in all its germy glory.

Wear a rubber glove. Bring your hand sanitizer. Forget you ever read Freud.

Sunday in the Park

I walk in the park on a beautiful spring day. Leaves are budding; the grass is a fresh and stunning green. Yet the imperative to shun other people has drained the world of meaning and delight. I pass a stranger and we both avert our eyes, though so far no one has suggested that our mutual enemy, COVID-19, can be spread by the human gaze—by the heat of the imagination.

Devoid of meaningful contact, even the Garden of Eden would contract into a circle of green, the solipsism of the mind. Yet we’re not alone; we’re actively isolating, refusing, rejecting. Simple solitude returns us to ourselves, enriched by reality. But refusal is not solitude; it’s negative connection. We’re in the comforting green spaces, but we’re not alone, and they can’t return us to ourselves because they’re filled with deadly enemies.

Yes, reality is dangerous. The only thing more dangerous is its loss.

Such truth written so well. Will these hard times make us appreciate others?

Fears & Realities Are They Real Or Surreal??? Pandemic??